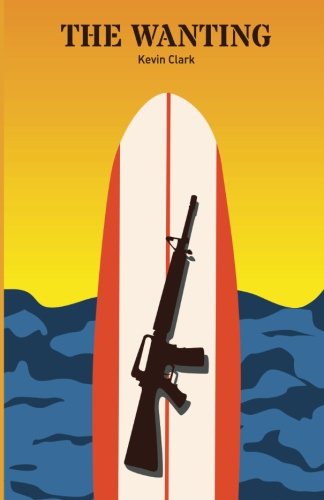 Winner of the 2016 Spring Is the Mischief Contest

Winner of the Five Oaks Press chapbook prize, The Wanting is Kevin Clark’s hardscrabble poetic sequence about war and its effect on marital love. Immersed in the grit of war as well as the essentia of love, The Wanting offers a sequence of lyric narratives rendering the psyche of a former long-range reconnaissance infantryman who finds temporary solace while surfing. In poems recalling the persevering enemy as well as menacing members of his own platoon, frightened villagers, generous friends, fellow surfers, and his loving wife, he examines the inner demons that threaten his once-ideal marriage.

Praise for The Wanting

The stunning achievement of Kevin Clark’s The Wanting insists that it be placed on the bookshelf alongside Stephen Crane’s The Red Badge of Courage. This sequence of poems sets forth a vision of the American warrior so vivid, disturbing, and compelling that it could be realized only by an artist of extraordinary empathy, depth of psychological, historical, and cultural understanding, and absolute integrity. The truth of the Vietnam War has never been set forth more devastatingly.